What we need now is a Department of Green Energy
by Lynda Williams
Much like how the “Department of Defense” sounds like an innocuous organization meant for the protection and safety of the US but is actually a Department of War, so too does the name “Department of Energy” grossly misrepresent the toxic business of the agency. The Department of Energy (DOE) is the great grandchild of the Manhattan Project that developed the first Atomic bomb and the Atomic Energy Commission (AEC) that inherited the nuclear weapons programs after World War 2. Back in 1977 during the oil crisis, the Carter administration consolidated several department via The Department of Energy Organization Act of 1977, into what is now the DOE including the AEC and other federal agencies that oversee oil, coal and power infrastructure such as the grid and pipelines. Perhaps surprisingly, the DOE also took on the responsibility of managing the entire national complex of Nuclear Weapons labs such as Los Alamos and Livermore which is responsible for maintaining the nuclear stockpile and now for executing the trillion dollar nuclear weapons upgrade mandated by the Obama administration. The DOE also manages the nations nuclear waste as well as the legacy nuclear weapons superfund sites. The DOE should really be called the Department of Nuclear Weapons, or better, for a more snazzy apropos acronym, the DONE: Department of Nuclear Energy.
A quick look at the proposed 2021 budget for the DOE clearly shows the projects and programs the DOE is mostly involved in managing. Of the $35.4 Billion dollar request, the majority of the money goes into maintaining nuclear weapons labs and to modernize the nuclear stockpile. $19.8 billion for the National Nuclear Security Administration (NNSA) which according to Wikipedia “is a United States federal agency responsible for safeguarding national security through the military application of nuclear science.”  The NNSA owns and operates the main nuclear weapons facilities such as the dangerous Pantex Plant which is the primary United States nuclear weapons assembly and disassembly facility, and the Y-12 National Security Complex, the ‘birthplace of the Atomic Bomb’ and a top secret nuclear weapons facility. The NNSA also own and operates Los Alamos and Livermore National Labs. These are not “ENERGY” laboratories – these are WEAPONS labs. There is even $1.7 billion allocated to maintain nuclear reactors on Navy ships. If these weapons and military expenditures are included in the Pentagon budget, it inflates it up towards a trillion dollars! The DOE is also developing directed energy weapons that would be used for space based weapons for the Space Force. Here is a list of all the nuclear weapons labs in the US complex: https://www.ucsusa.org/resources/us-nuclear-weapons-complex (Links to an external site.)
Six billion dollars is allocated to clean up nuclear weapons superfund sites like at Hanford, Oakridge and Savannah River Nuclear labs. (Here is an interactive map of the superfund nuclear weapons sites: https://www.energy.gov/em/mission/cleanup-sites (Links to an external site.) ) If the Pentagon made the mess then why are they not charged with cleaning up and paying for it within their budget? It is a shell game to cover up more taxpayer money being funneled into nuclear weapons programs and cleaning up their toxic radiating legacy.
The DOE also subsidizes the private nuclear power industry under the guise of research and development. There is $1.3 billion allocated for the Office of Nuclear Energy, including $295 million in funding for the Versatile Advanced Test Reactor project and $150 million to establish a Uranium reserve to address challenges to the production of domestic uranium for nuclear power. This is a clearly a taxpayer subsidy for the corporate nuclear industry! There is also nearly a billion dollar investments in developing Artificial Intelligence (AI) and Quantum Computing for cybersecurity.  Where are the billions of dollars for developing new green and sustainable technologies to mitigate the Climate Crisis? There isn’t any. In fact, the 2021 funding request for renewables is down 74% from 2020! The Trump Administration cut the DOE’s budget – by 8 percent overall, and by an astounding 35 percent in non-defense programs. You can see the 2021 budget proposal here: https://www.energy.gov/cfo/downloads/fy-2021-budget-justification (Links to an external site.)

The Congressional Research Service recently did a study on the Research and Development (R&D) part of the DOE budget which is primarily ‘science’ for new energy technologies.  funding history of the DOE comparing funding for different energy sources. For the 71 year period from 1948 through 2018, nearly 13% went to renewables, compared with nearly 5% for electric systems, 11% for energy efficiency, 24% for fossil, and 48% for nuclear. The DOE is a department of nuclear energy, weapons and waste, not a Department of ENERGY. Ref: https://crsreports.congress.gov/product/pdf/RS/RS22858/17 (Links to an external site.)
What would an actual Department of Energy look like? We need a Department of Green Energy: DOGE! The DOGE would focus on developing green technologies to reduce Greenhouse gas emissions and toxic waste. It would work on rebuilding the electrical grid to prevent accidental fires during climate exasperated fire seasons. The DOGE would NOT be in the business of maintaining, modernizing and making nuclear weapons. That job needs to go back to the Department of War where it belongs out in the open for all to see, not hidden behind the innocuous name of a DOE like a sweet young deer in the woods. The current DOE is part of the war machine and it needs to be DONE.
uclear Weapons Complex the DOE manages: https://fas.org/sgp/crs/nuke/R45306.pdf
Posted by Lynda Lovon at 6:27 PM No comments:

Senator Mazie Hirono is Wrong and Needs a Lesson on Missile Defense: Homeland Defense Radar System Will Not Protect Hawaii From a Nuclear Attack
by Lynda Williams
After more than a year of meetings with Neighborhood Boards and local Native Hawaiian groups, the Missile Defense Agency (MDA) effectively cancelled the proposed Homeland Defense Radar for Hawaii (HDR-H) by not funding it in the 2021 Pentagon budget, the National Defense Authorization Act or NDAA. In addition to facing fierce local protest, MDA cancelled the 2 billion-dollar HDR-H discrimination radar system because the technology is obsolete. Rather than constructing more limited land-based radar systems, the Pentagon is planning to move missile surveillance into space with a Space Based Sensor Layer.
So why is Senator Mazie Hirono fighting so desperately to keep the HDR-H project alive? Hirono, a member of the Senate Armed Services Committee that marks up its own version of the NDAA claims that “HDR-H is part of our country’s critical, layered defense. As the United States continues to confront a range of strategic threats in the Indo-Asia-Pacific region, it is imperative that all Americans are protected by our ballistic missile defense system.”  These claims made in a Star Advertiser article are false on many grounds.
First and foremost, “layered defense,” the MDA strategy to defend the homeland and allies from nuclear missile attack using multiple stages of missile defense, has never been tested in real world scenarios. There is no guarantee that layered missile defense can protect anyone from a nuclear attack but since many of the layers are based in Hawaii, it actually makes Hawaii a greater target. 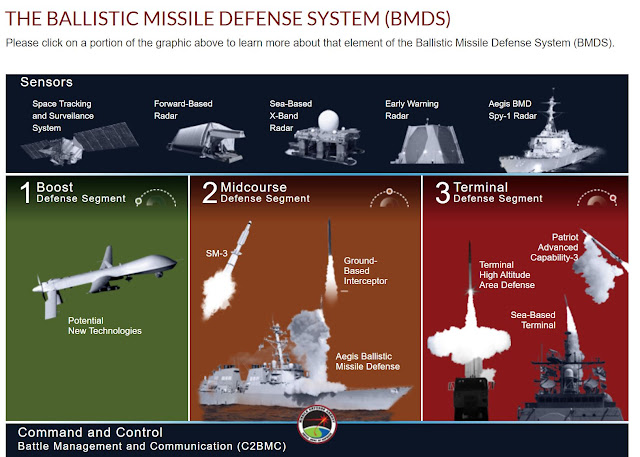 During first ‘boost phase’ when a missile is launched from enemy territory, the first layer of defense would be to destroy the missile near launch with drone bombs but this technology does not yet exist. Secondly, in the ‘midcourse phase,’ Ground Based Midcourse (GMD) long range interceptors launched from Alaska or California would attempt to destroy the nuclear missiles in space. If these two attempts fail, as the missile approaches its target in its “terminal phase,” medium range SM3-Block 2 interceptors launched from Aegis warships or Aegis ashore systems like the one stationed at the Pacific Missile Range Facility (PMRF) would be deployed. The Aegis SM3-Block 2 interceptor was designed for short and intermediate range targets, not intercontinental-range ballistic missiles (ICBM) so the MDA is currently trying to extend their reach ICBMs in their midcourse phase. They are currently planning to test the extended SM3 in Hawaii in 2020 to intercept an ICBM launched from the Kwajalein Atoll in the Marshall Islands. SM3 interceptors are cheaper than GMD interceptors.
The final layer of defense would be to use Terminal High Altitude Area Defense System (THAAD) interceptors, also stationed at PRMF and used to intercept missiles just before they hit their targets. Radar systems like the troubled Sea based X Band Radar stationed in Hawaii and the proposed HDR-H radars are tasked with tracking the missiles but they have limited range and that is why the Pentagon wants to replace ground based radars with a space based sensor layer. Furthermore, layered missile defense can’t defend against hypersonic (at least five times faster than sound) missiles currently being developed by China and Russia (and the US) in response to US deployment of missile defense systems. The layered missile defense strategy and HDR-H - all of which has cost US taxpayers more than a hundred billion dollars are already obsolete and cannot keep Hawaii safe from nuclear attack.
According to the Union of Concerned Scientists “In its current form, strategic missile defense is a waste of resources at best and dangerous at worst. It is not a reliable defense under real-world conditions; by promoting it as a solution to nuclear conflict, US officials complicate diplomatic efforts abroad, and perpetuate a false sense of security that could harm the US public.”

Senator Hirono doesn’t seem to understand why HDR-H is a bad investment. She is unrelenting in her lobbying effort: “Securing full funding authorization for HDR-H was my top priority in the NDAA this year because it will help keep Hawaii safe from external threats. I will continue to advocate for its inclusion in the final, approved package.”
In this time of grave economic uncertainty due to the COVID-19 pandemic, and as unprecedented protests around the country are demanding that the government redirect spending from the police and military to more urgent social needs such as healthcare, education, and the environment, Congress must cut this wasteful, unessential, and dangerous weapon system from the NDAA. We must pursue diplomatic strategies for resolving conflict in the Pacific.
I would be very happy to give Senator Hirono a private lesson on why we must cancel HDR-H.
Sincerely,
Lynda

Lynda Williams is a Physicist & Science Educator with the Global Network Against Weapons and Nuclear Power in Space (space4peace.org) 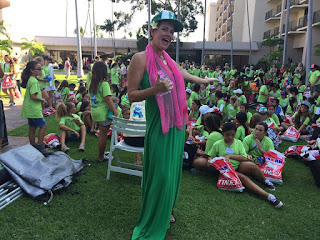 Posted by Lynda Lovon at 5:31 PM No comments: 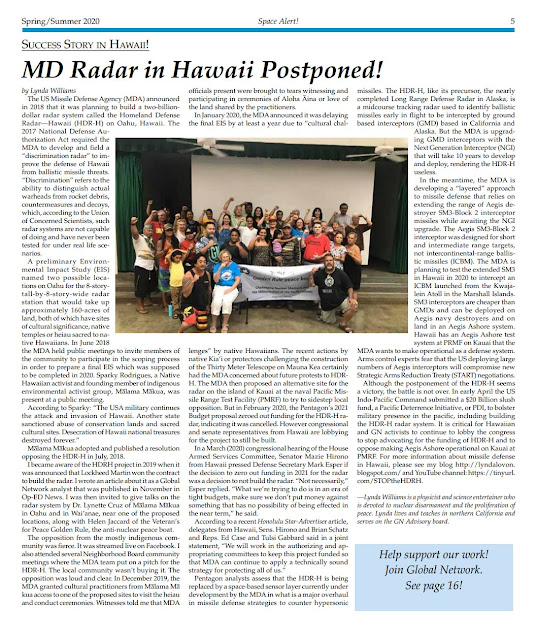 Posted by Lynda Lovon at 1:56 PM No comments: