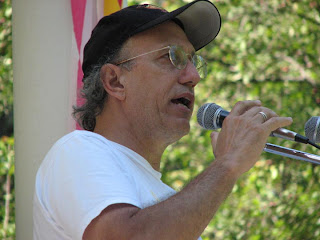 He has speaking stops through California, Oregon and Washington States. For a full itinerary, go here: thttp://www.space4peace.org/actions/bg_speaking_tour_2012.htm

Bruce is the coordinator of the international Global Network against Weapons and Nuclear Power in Space (www.space4peace.org) and as such works as a full time peace activist, organizer, and writer. He is a Veteran for Peace who served in the Army during the Vietnam War. He also has an awesome blog here in blogger land (http://space4peace.blogspot.com/).

Bruce Robinson interviewed Bruce for his KRCB (91 FM)  radio show "North Bay Report" to be aired on Thursday, April 12th. But you can listen to it now here on their website: http://krcb.org/201204123137/north-bay-report/the-new-cold-war.  Bruce will be interviewed live on KPFA (94.1 FM) Friday, April 13th, at 8am on the radio show "Project Censored" with  Peter Phillips and Mickey Huff. Listen Live or the show will be archived here: http://www.projectcensored.org/radio-archive/. 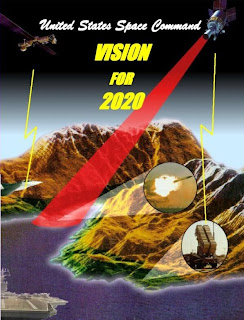 I joined the Global Network over a decade ago because of its focus on space issues - weaponization and militarism of space, missile defense, nuclear power and weapons and space debris. The GN was a natural fit for me as a space ecologist and peace activist and I've been on the board for a several years, attending their conferences and actions over the years around the world. The common goal of the member organizations in the Global Network is "To Keep Space for Peace" and to end the extension of endless war on Earth into space. Unfortunately, the US government, its allies and the corporate aerospace military industrial complex have been working towards "Full Spectrum Dominance" of the planet as shown in this brochure produced by the US Space Command. Below is a parody song I wrote on the matter showing more images from this brochure and other sources from aerospace corporations, "War in Heaven."

Recently I organized a speaking tour in Hawaii, where GN members Bruce Gagnon, Dave Webb from the UK (http://www.caab.org.uk/) and myself, met with peace activists in Hawaii (http://hawaiipeaceandjustice.org/) who are working to end (or live with) the expanding militarism in the Pacific Region. Bruce and Dave then traveled from Hawaii to Jeju Island in South Korea (Santa Rosa's sister city!) to give support to the people there who are peacefully resisting the destruction of their island paradise to build a naval base to house US Aegis cruisers. (http://www.savejejuisland.org). 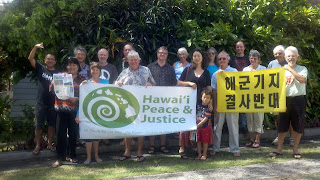 Bruce's interest and knowledge in space, war and peace is very impressive but even more than that, his devotion to peace, to cross the line, get arrested, risk his life and liberty for global peace and social justice is a true inspiration.  Please share! 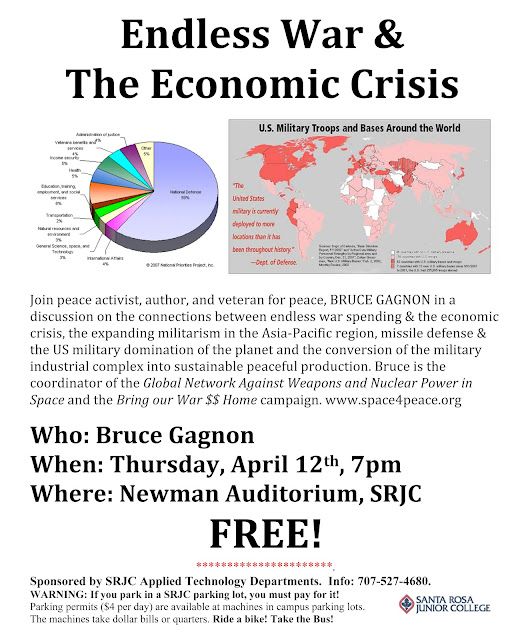 Posted by Lynda Lovon at 4:16 PM No comments: