This past November 25, while US citizens embarked upon holiday festivities, President Obama quietly signed into law the US SPACE Act of 2015 (The U.S. Commercial Space Launch Competitiveness Act, H.R. 2262), granting property rights to materials that U.S. companies mine from asteroids, the moon and other celestial bodies.  With no public debate or international negotiation, the act unilaterally promotes and empowers the private US space industry to develop and test technologies for exploration and extraction of space resources with little regulatory oversight and tax payer economic incentives. 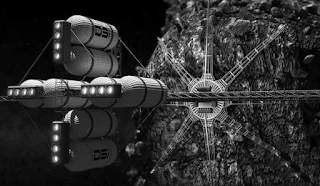 In addition to granting property rights, the act extends for another ten years the "learning period" for commercial spaceflight companies prohibiting the FAA from imposing any new safety regulations on the industry, the exception being rules that specifically respond to fatal accidents or near misses. The act also extends indemnification for space companies from third party claims in the event of a launch accident. Space companies must carry insurance to cover $500 million in damages but US taxpayers will cover any costs above that up to $1.5 billion. US private space flight companies such as SpaceX, Blue Origin and Bigelow benefit from indemnity protection and claim that without indemnity the risks are too high to develop the private space industry. Other space faring nations such as the UK also cut liability caps with their private space and satellite corporations in order to keep them operating in their countries.

Experts in Space Law are debating whether the Space Act is in violation of international agreements such as the 1967 Outer Space Treaty (OST) or if the space grab has a dangerous potential for fueling future conflict in space and on Earth.  The OST does not allow any nation to claim territorial sovereignty in space and establishes space as a global commons to be shared by all humankind.  In accordance with the OST, the Space Act does not allow U.S. companies to own asteroids, only whatever materials they mine from them.   The exact wording is:  "A United States citizen engaged in commercial recovery of an asteroid resource or a space resource under this chapter shall be entitled to any asteroid resource or space resource obtained, including to possess, own, transport, use, and sell the asteroid resource or space resource obtained in accordance with applicable law, including the international obligations of the United States."  How exactly the US will license asteroid claims or ensure the corporate entitlement to those claims is not spelled out in the Space Act and is yet to be determined.

With thousands of near earth asteroids containing possibly trillions of dollars’ worth of rare metals such as platinum, the industry celebrated the passing of the Space Act as a green light to start staking claims in space with the backing and protection of the US government and military which is expanding its space war fighting capabilities through the US Space Command. “This is the single greatest recognition of property rights in history,” said Eric Anderson, Co-Founder and Co-Chairman, Planetary Resources, Inc., an asteroid mining startup backed by Google billionaires Larry Page, Eric Schmidt and movie mogul James Cameron. “In the future humanity will look back at this bill being passed as one of the hallmarks of the opening of space to the people,” said Rick Tumlinson, Chair of Deep Space Industries, another start up with deep pockets.

Not everyone in the space business is as eager to celebrate. “Russia and China might consider using this as another example of the economic aggression of the U.S. and going ahead of the international law,” says Frans von der Dunk, a space law professor at the University of Nebraska.  In an interview with Bloomberg Law, von der Dunk laid out possible scenarios not covered by any existing law which could lead to serious international conflicts. “What if the company mining an asteroid inadvertently causes a part of that asteroid to get into the orbit of a valuable communications satellite from another nation? Does a liability regime which was not developed for those types of circumstances, apply? Or worse what if an asteroid where to change its original trajectory and starts heading to earth, is there any liability or responsibility involved with that?”   What would happen if a mining company from one nation jumps the claim of another? Who would intervene to resolve the situation? Looking to the future, space mining companies plan to set up factories on asteroids or the moon to manufacture goods or to electrolyze water for rocket fuel, which would very likely involve nuclear powered thermal and energy production. There are no laws in place to regulate or mitigate those risks. According to many legal experts, the Space Act is dangerously incomplete and by signing the act into law, Obama may be granting rights and indemnities to US corporations that he doesn’t have the legal right to give.

With hopes of hitting asteroid pay dirt, the nation of Luxembourg announced on February 3, 2016, that it will be funding research in space mining and directly investing in companies active in the field. The space race to enable private corporations to mine the heavens is now international.

The rush to profit from mining space puts the very legal framework of international space law at risk. Signatories to the OST can withdraw at any time with one year’s notice. If corporate and military interests lobby for the US to withdraw from the OST in order to claim space territories, what will be the consequences? We have seen the missile defense industry explode after the US withdrew from the Antiballistic Treaty (ABM) in 2002. If the US withdraws from the OST, which prohibits weapons in space, will it ignite an arms race in space?

It is yet to be seen how the other 102 signatories of the OST respond to the Space Act and it will surely be high on the agenda when the United Nations Committee on Peaceful Uses of Outer Space (COPUOS) meets in June 2016 in Vienna, Austria.  With growing corporate high stakes in space and the willingness of the US government to unilaterally grant and protect those interests with its military might, it is more urgent than ever for the UN and COPOUOS to expand upon the OST and negotiate a space peace treaty like the Prevention of an Arms Race in Outer Space (PAROS).
Posted by Lynda Lovon at 5:52 PM No comments: